Hectic, that is what I call the past 2 days. Keeping the kids busy during school holidays is a hard job! I am loving spending time with Yash though. We are bonding and learning more about each other as we spend more and more time together. The holidays have taken a lot of planning but I won’t have it any other way. I have gained some close friendship (that is you Padma) as a bonus.

So Monday, I took Yash and Nikhil for another art day at the Casula Powerhouse. They were given cups and asked to make cup cakes out of those. The creativity of the kids amazed me. Initially all kids made some sort of cup cake but then everyone moved on to different things. I saw scarecrows, drums, flower pots and all sort of things being made with cups and paper. Our boys made an aeroplane and a rocket launcher. They had mega fun. Check out the picture. 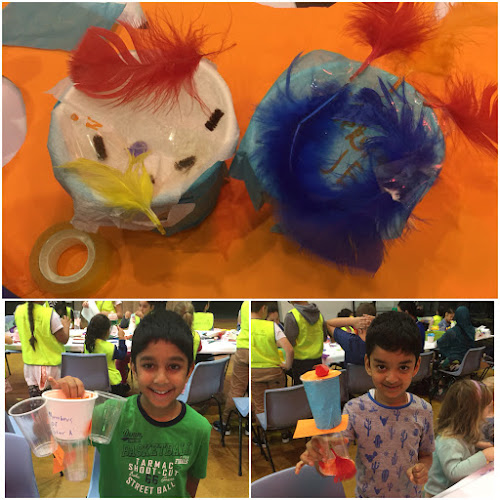 The boys came home very happy and excited and spent the rest of the afternoon playing with Mario and looking forward to the next day when they had another day outing was planned.

Tuesday was tic tocs day. In hindsight, I would be doing something different. I had not anticipated the vacation care bookings which meant with 60 other kids crammed in the centre, neither the boys nor their mums had huge fun. The only good thing was we did do a lot of gap shap on the time we spent together. From there, we went to the local library for some African drums playing. I took the opportunity to take the library membership and borrow a book. The afternoon ended bringing a knackered boy home. Check the pic. 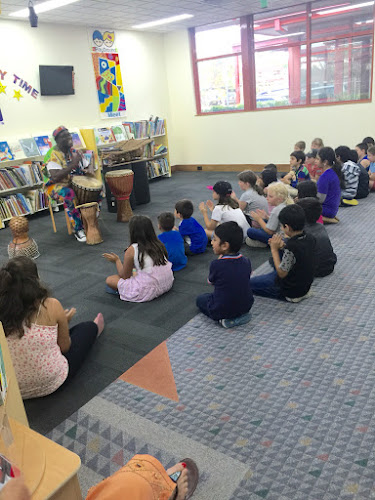 Now I never met this candidate but my parents went to visit him at their house. Now the way my mum described their house was modest. Nothing wrong with that except that they had a curtain as a door in the bathroom. Being an only brother of 4 sisters, and some one or the other always visiting, they clearly needed a daughter in law with good singing skills if she ever wanted to use the loo. The other point that my mum mentioned to me, which remained a constant over the next few candidates, was my complexion.

Now light coloured skin is in demand in india and everyone wants a “fair complexioned” daughter in law. It doesn’t matter that majority of the population is dark skinned. You would find an abundance of fairness creams in the market, containing arsenic no less, that parents insist that their daughters put on their faces to lighten their skin colour. The standard of beauty is how light your skin colour is and everyone runs after that.

Now everyone in my family is the “right” skin colour, barring me. My mum and sister have very light skin colour, so people assume that I am the same. Alas, they are wrong. I wa born dusky and love my skin. The irony is that this is loved in Australia, my adopted homeland and I have received many compliments on the same. I believe it is human tendency to run after what you don’t have.

So #2’s mum looked at my mum and asked if I was the same complexion as her coz my photograph showed a different colour. My mum said I wasn’t fair and she then started talking about how dark, in terms of shade card. That was it, my parents were back and it was clearly a no from us. The bathroom and the shade card conversation was a topic of hilarious conversation between my sister and I for months.

Between #2 and #3 there were a few no’s based on photographs and the letters that came with them. The one that stands out in my mind was the photograph of this guy who clearly looked like 40 but insisted he was 25. He was wearing a blue striped shirt with a black pant and brown belt with funny brown shoes. I am not into appearances, but what made this whole thing hilarious was the letter accompanying this where they were looking for “exceptionally beautiful, fair coloured, very educated” wife for their adorable son. That photograph and letter remained in my sister and mine closet for years and whenever we needed a laugh, we opened it. Till tomorrow…..