School holidays have started! This means Yash is at home which means my days and nights are spent with him. Even though I am very organised, it is still hard to keep a 7.5 year old boy busy! Thanks to my mum friends, Garima and Padma, so far has been good.

I have to be more regular with my blog as I have realised writing it helps me consciously keep my detox times. I tend to slip on the days I don’t write!

Sunday was a lazy day and I spent most of it cooking, cleaning and watching movies. With the days getting shorter, evening came quickly! We were so engrossed in watching a movie that we missed MKR episode. Yash and I were gutted now that the finals are coming so close. Oh well, catch up TV was invented for a reason!

My friend Padma had planned to take the kids to the magic show at Miller library. We reached in time with 3 very excited kids in tow. Due to some confusion with the magician, the show started 30 mins late but once it did, the kids had so much fun. Yash volunteered and was picked up as a helper. He was so pleased. Check out his picture as a mini magician and with his best buddy, Nikhil. 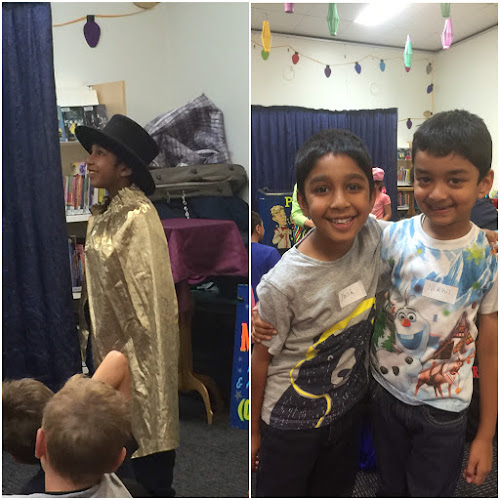 Padma took the kids home for the day while I came back and managed some shopping that was overdue. The big one was getting Gulab jamun from the Indian shop that I had been craving for a few days. Yum! When I went to pick up Yash, Padma, Garima and I had a good gapp and chai session. Thank god for such friends and the support network! What would I do without it?

Yesterday, my other mum friend Garima had all the 3 boys at her place. Yash was very happy to be with his best friends and had a gala time all day. I was happy coz it was our anniversary. 16 years! We had an arranged marriage. Who would have thought that our marriage would survive so many ups and downs, moving countries, having a child and so many other challenges. I would not have it any other way. I have married my best friend! 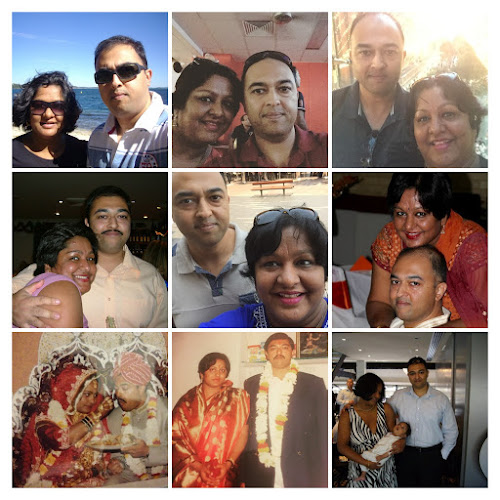 We had a lovely lunch at a Thai place nearby. The day ended with a chai session at Garima’s place and pasta for dinner. I was knackered by the end of the day but watched MKR. Cannot believe Carmine and Lauren are still on the show! Today is going to be an interesting episode!

Superstition of the day

Don’t wash your hair on Thursday.

I think this was to save effort and money. Women had long hair those days and washing and drying took effort let alone the cost of oil and soap. See the hair had to be oiled before washing and then dried before doing any other household task which may have involved sitting in the sun. So the women created this superstition to reduce their effort and at least one day they would not be asked to do this chore. Why they chose Thursday, I have no idea!