It is Anzac Day today and whenever I listen or read the above, I always feel that it is not just about remembering the ones who have given their lives to defend the country but also their sacrifice reminds us that war is futile. It only leads to death and destruction. Love reigns supreme as is evident from so many stories of love triumphing in the midst of hate told and retold by the veterans. I firmly believe that the world needs it more and more in this treacherous circumstances and we owe it to our future generations! Teach your children love and tolerance on this Anzac Day and going forward!

Last day of the school holiday! Where did time fly? I must say it was one of the most enjoyable time for me. I had fun with my son, his friends and my friends. Tomorrow the routine will start again but we have managed to make so many memories in the past two weeks.

This weekend was lazy…..we literally did nothing. It was a relaxing time and we spent it part together as a family and part doing our own things. Our family of three has myriad interests too, so it is important that we indulge in that to unwind. So while Yash played with his planes and Avi listened to his music, I spent the day in bed watching movies.

I watched “Cheaper by the dozen” both the original and the sequel. I had watched it earlier ages ago but completely forgotten. It was good to watch now and the message was what I have always believed in. You cannot have everything – there is always a price to pay for anything you want in life. It is up to you and your family as to what price you are willing to pay for what!

Another one I watched was the old classic “Bawarchi” starring Rajesh Khanna. I love that movie! It shows that family is the most important thing in life and if you have happiness at home, you can conquer the world.

The only other thing that we did was visit our friends Reshmi and Sagar who have just had a new addition to their family. I had forgotten how small a newborn is and it was great to hold Ashvedh. Their older son Neev has lost all his baby fat and is ready to go to school. I saw him first as a baby and time sure flies! Here is me with Ashvedh! 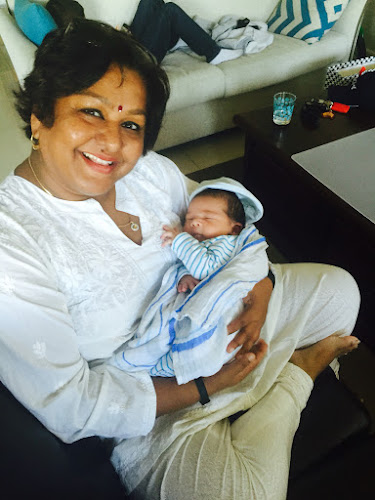 My arranged marriage journey is coming to an end. So here is the last candidate.

I had given an ultimatum to my parents. If I had not find a suitable guy by March, I was moving to Delhi to pursue an e-commerce course, find a job and make my career. In February, my mama, mum’s brother, asked us to visit Jaipur to meet a prospective groom who was related to my aunt’s sister. On the way, there was another one that my parents wanted me to meet. This guy was a computer engineer working in England.

I met this chap in the waiting room at Ghaziabad station on my way to Jaipur. He had come with his parents and his sister. I changed in a traditional attire from my travelling attire of skin tight jeans and top to look like a traditional, homely girl that most Indian families wanted. Now the guy in question was very shy and barely spoke. But his mum and sister hogged the conversation asking me stupid questions. The one that had my back arched was if I had learnt any cooking or only spent my time studying. When said in hindi as a taunt, it sounded rude. I wanted to say if her son managed in UK including cooking. But I bit my tongue coz I have not learnt to be rude to elders. Once they left, I changed to my travelling attire and told my parents that the Jaipur one was last and if I did not like him, I am leaving for Delhi after our return. I did not know then that my life was about to change. Ironically, I met the UK guy on the platform again and I think I saw her mother fainting seeing me in my skin tight jeans. Good riddance!

Tomorrow will be my last instalment for this and I will chronicle my meeting with my now husband. He changed the course of my life coz if I did not meet him, I would be still single. But it was meant to be and he restored my faith in a lot of things! Till tomorrow……